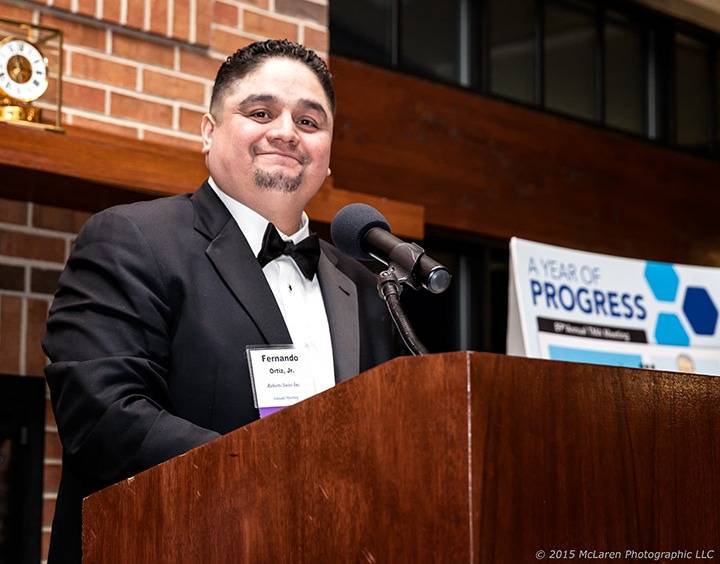 Currently in this twenty-third year at Roberts Swiss, Mr. Ortiz worked his way up from the shop floor to the executive offices. "I want to thank TMA for the programs, services and training that helped me get to where I am today," Ortiz stated. " I am humbled by the trust given to me by my peers to chair this great organization," he added.

Mr. Ortiz is a member of the Young Leaders Committee at TMA and also serves as Chairman of the Illinois District of the Precision Machined Products Association. His active participation in both associations affords him vast knowledge and networking abilities within this specialized industry. Currently, Mr. Ortiz is working on the implementation of new machine tool technologies at Roberts Swiss' CNC operations and developing engineered solutions of high complexity components for the Medical Industry. Mr. Ortiz and his wife Andrea, reside in the Western Suburbs with their two daughters.

About TMA: 8 small manufacturing companies who thought they could better themselves by associating with one another founded TMA in 1925. Through the years, members established programs and services that would help their businesses grow and prosper, train their employees, and provide medical and retirement benefits. As a result of these efforts, TMA has grown into an almost 1,000 member not-for-profit organization representing more than 30,000 employees of precision manufacturing and supplier companies throughout Illinois.