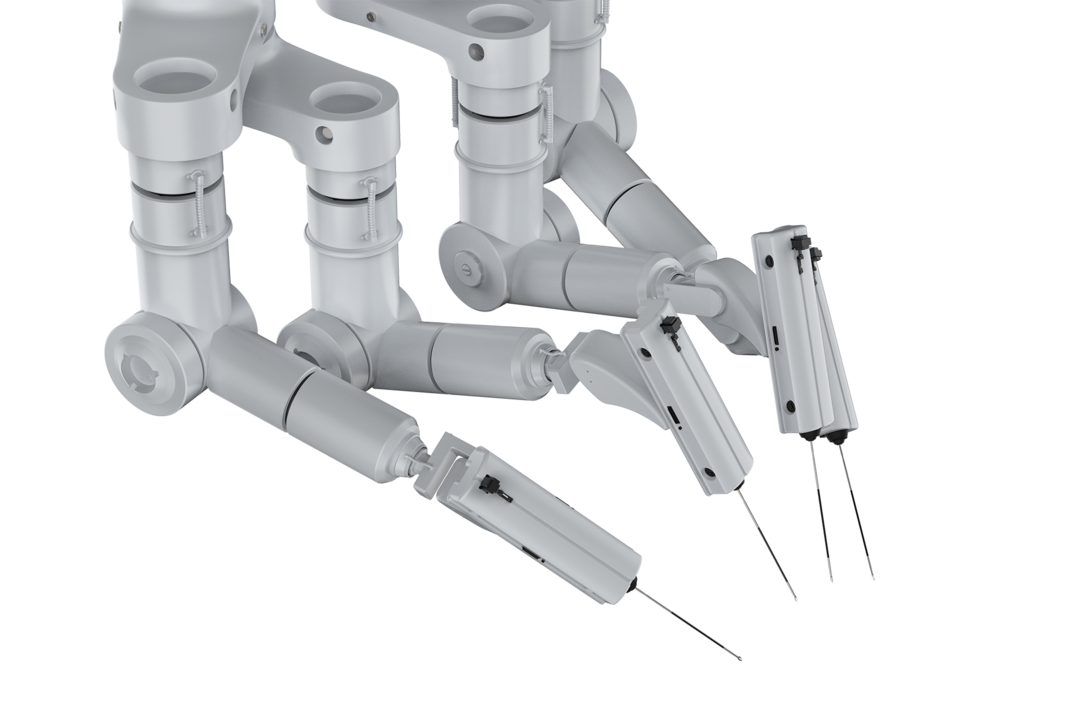 The medical industry is in the midst of sweeping changes that will ultimately result in safer and less invasive surgery, better diagnostics, and improved survival rates for patients – through robotics.

And Roberts Swiss is playing a vital role in those dramatic changes.

As the need for medical robotics continues to grow, our expertise in the micro-manufacturing of exceptionally precise Swiss-turned parts is in higher demand than ever.

What Are Medical Robotics? 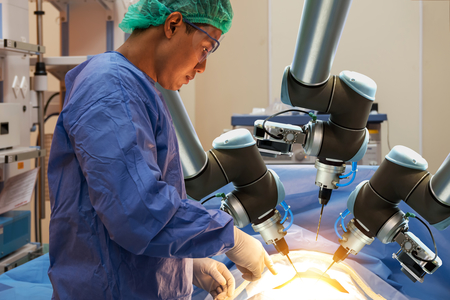 In the most basic sense, medical robots are machines that are capable of carrying out a complex series of medical tasks automatically. These robots are currently used in a wide variety of medical applications, such as providing doctors with real-time telepresence in remote areas, facilitating patient therapy and rehabilitation, and disinfecting an entire hospital room in a few minutes.

But the most common and far-reaching application for medical robots is in surgery.

The list of medical procedures that can currently be performed by robotics include: 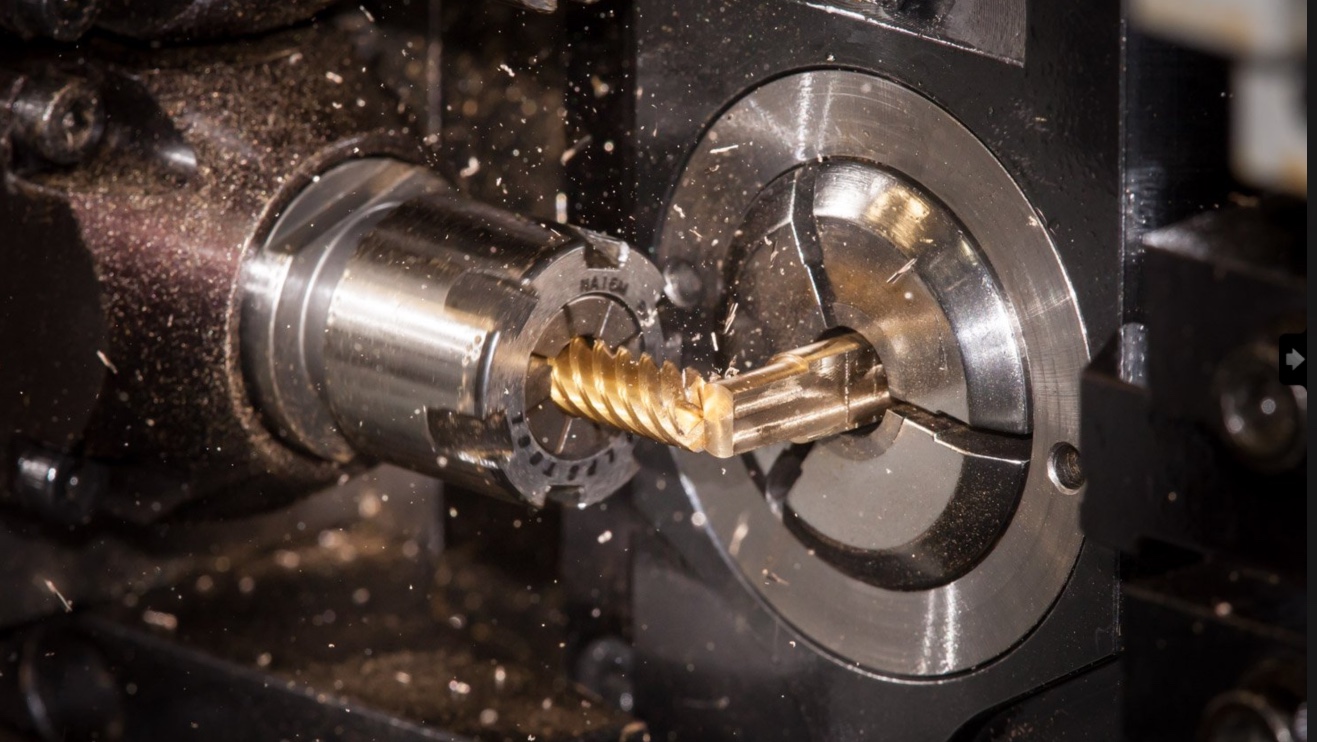 The most widely used surgical robot system is called “da Vinci” and is manufactured by Intuitive Surgical. With this system, miniaturized surgical instruments are mounted on two or three mechanical arms, allowing the surgeon maximum range of motion and precision. Another arm contains a magnified high-definition 3-D camera that guides the surgeon during the procedure.

The surgeon makes tiny (1-2 cm) incisions in the patient’s body and inserts the miniaturized instruments into the incisions. He then sits at a computer console near the operating table and controls all the robotic arms simultaneously from there.

The system’s stereoscopic high-definition monitor places the surgeon inside the patient, offering him a much more detailed 3-D view than the naked eye could ever provide. The robotic arms precisely replicate each movement the surgeon makes.

The robotic system cannot “think” on its own. Instead, it simply responds to the surgeon’s precise hand and finger movements. The surgeon remains in the operating room, directing the entire medical procedure.

The surgeon can also change the scale of the robot’s movements. For example, he can choose a three-to-one scale, which moves the tip of the robot’s arm one inch for every three-inch movement of the surgeon’s hand.

By replicating the surgeon’s hand motion on a much smaller scale, hand tremors are virtually eliminated. The robot can suppress random tremors and unwanted movements that are usually unavoidable when performing microsurgery. Fatigue is also minimized because the surgeon’s eyes and hands are always perfectly aligned with his view of the operating site.

“It’s as if I’ve miniaturized my body and gone inside the patient.” – UCLA Health Surgeon 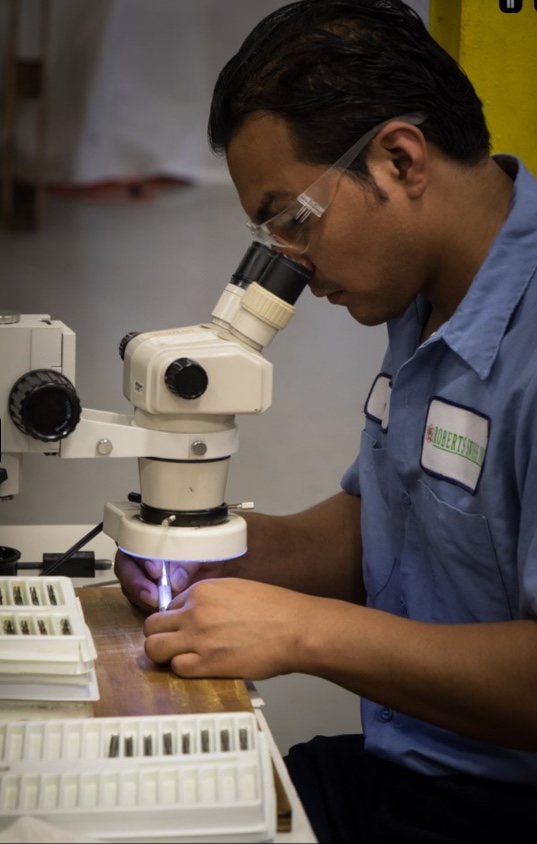 Because of robotics, minimally invasive surgery is now possible in situations that used to require conventional techniques. The benefits to the surgeon include:

With robotic surgical systems, finely tuned precision parts are critical – to both the quality of the device and the success of the surgery. And there’s simply no better way to create ultra-small, ultra-close-tolerance parts than by Swiss machining.

And Roberts Swiss Parts Make the Most Difference!

When it comes to ultra-small medical parts, this isn’t our first rodeo. We have three generations of experience in Swiss machining.

And we’ve been trusted by the medical device industry ever since the 1980s, when we first developed a machining strength in component parts for minimally invasive surgical devices.

As the demand for surgical robotics and ultra-small medical devices increases, Roberts Swiss is right there, meeting that demand all the way.